Hot off the oven: Bakery sells ‘Pan Digong’ made by PSG spouses 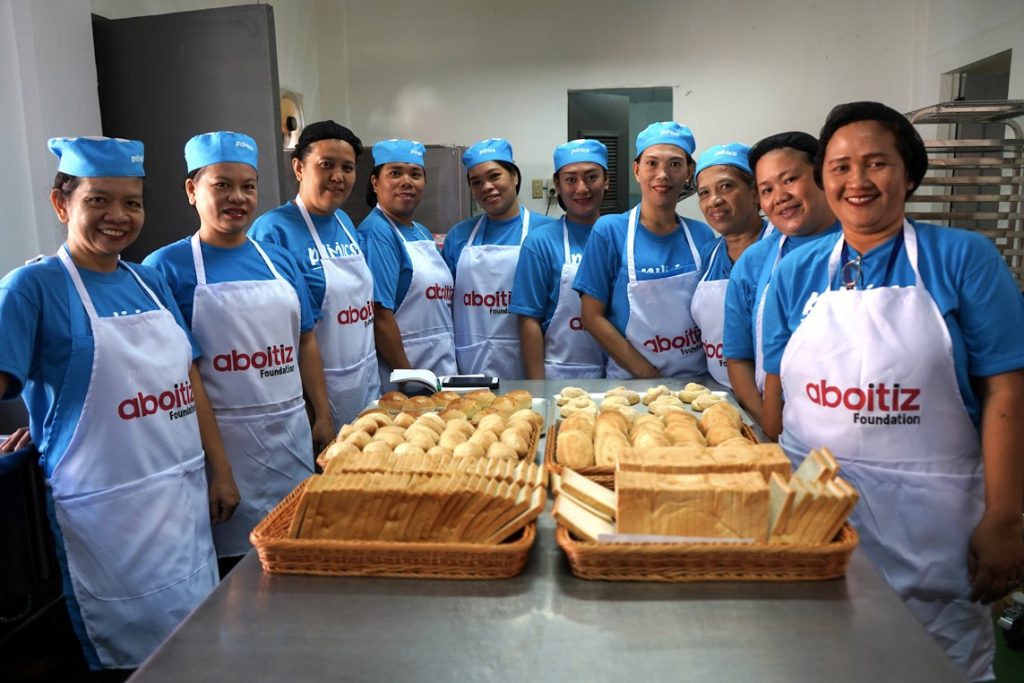 As part of National Women’s Month celebration, wives of the Presidential Security Group (PSG) members were taught how to make baking a sustainable livelihood.

“I heard he loves bread. He is a very simple man and he has a deep love for Filipinos. I think pan de sal would be the best option of bread that he would prefer,” said Cristina Versoza, EP Ladies Club member.

The project was initiated by the Aboitiz Group through its corporate social responsibility arm the Aboitiz Foundation and its food business unit Pilmico.

Around 300 members of PSG-EP Ladies Club will directly benefit in the revival of the once-lucrative bakery business.

Niembra noted that The Bread Camp has a good chance of succeeding by catering to nearby communities.

This is not the first time Aboitiz Group has extended baking livelihood program to our country’s soldiers. Last January 2018, Aboitiz Group inaugurated the Noble Bakers Bakery in Fort Magsaysay, Nueva Ecija, which is run by the Philippine Army Special Operations Command (SOCOM) soldiers who were injured in battle.

Aboitiz also donated bakery to First Scout Ranger Regiment in San Miguel, Bulacan and to Marawi residents who were displaced during the Marawi City siege

Eggciting! Everything You Need To Know About Eggs

Eggs are a main staple in Pinoy meals. What is a Pinoy breakfast without eggs?

Snacking is a major pastime for many kids, and that is not all bad. Nutritious