It was an early start for everyone on 14 October – the Grand Finals of the #TinapayNatin Pinoy Bread Baking competition. Competing teams from Benguet, Iloilo and Cavite were both anxious and excited. The three pairs were vying for a very attractive prize – a chance to sell their Pinoy breads in over 150 Max’s Corner Bakery stores all throughout the Philippines of which part of the proceeds will be given to their chosen charity.

Out of the many teams we have met from the three legs of the competition, the three finalists each had their unique story to offer. Not just about their Pinoy breads, but also how they got inspired to join #TinapayNatin.

But, as with any competition, only one can be declared the champion. And for year 2016, it is Roy Tabocolde and Greegy Cabarrubias from Iloilo City.

Road to the Finals

Roy and Greegy are fourth year culinary students in St. Therese MTC Colleges, La Fiesta in Iloilo City. When asked why they decided to join the competition, the culinary seniors said:

Shortly after they won the semi-finals of Tinapay Natin, Roy and Greegy did not waste time. They practiced furiously for 15 days with their coaches to improve their award-winning breads: Cagayan Pastel and the Ensaymada Royale. 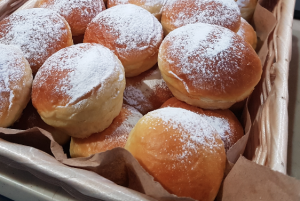 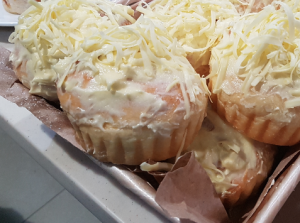 They also created a brand new recipe, the Sesame Streusel Roll — their own take on the classic cinnamon roll, but better. 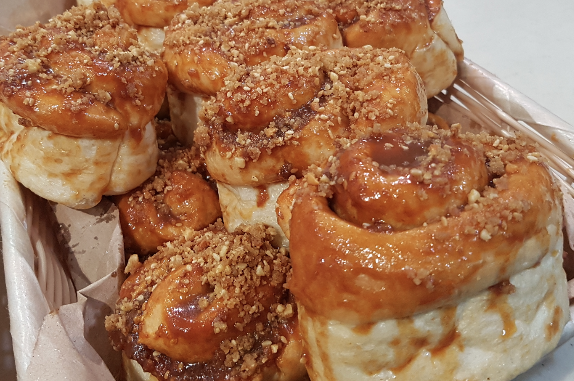 Juggling studies and baking proved to be a challenge for the aspiring Chefs. But they did not give up, especially when they learned they had a bigger prize to receive if they win the competition – a full scholarship.

Following hours of intense preparation, baking and waiting, Roy and Greegy were declared the very first #TinapayNatin champions. The judges’ decision were unanimous, their breads were truly an innovative yet familiar take on a Filipino staple – ang Tinapay Natin. Recipes that are easily identifiable as Filipino but can compete on the international stage.

Congratulations Roy and Greegy! Continue inspiring others with your love and passion for elevating Pinoy breads!

At a turnover ceremony in Barangay Carolina in Naga City, Pilmico Animal Nutrition Corporation and

Pilmico delivers assistance to Department of Agriculture amid bird flu