Taking a bite of history and culture with every #TinapayNatin 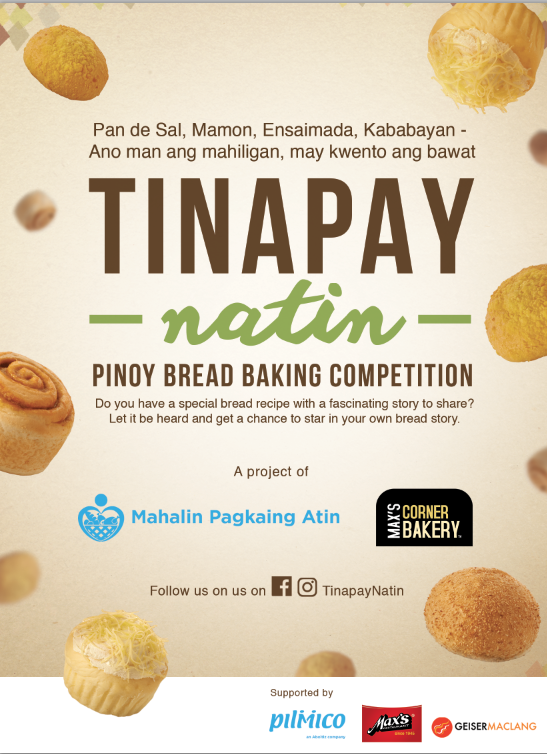 As a nation tied to a vibrant food culture, beloved staples have become a huge part of the Filipino lifestyle. A popular must-have in every local dining table is bread—a universal favorite that has countless versions lining panaderia shelves across all corners of the Philippines.

Across civilizations, bread has been a source of sustenance and a carrier of collective memory—one’s history, socio-cultural practices, cooking methods, and beliefs. It carries stories that must be preserved, passed on, and shared so that they elevate one’s sense of pride in local culture and enable one to support local industries.

Here in the Philippines, beyond being an ever-reliable snack, bread is also a reflection of each of our province’s culture and history, which have been shaped by various influences throughout the ages. Our story—how culture has been shaped and how their methods have changed—and our agricultural landscape (how the local ingredients have developed and how the land’s topography has evolved) can be seen and experienced in every warm mouthful.

In celebration of the colorful tradition of Filipino bread-making—and in honor of our food culture—Pilmico has partnered with Max’s Corner Bakery to spearhead a nationwide bread competition, aptly called the #TinapayNatin Bread Competition. 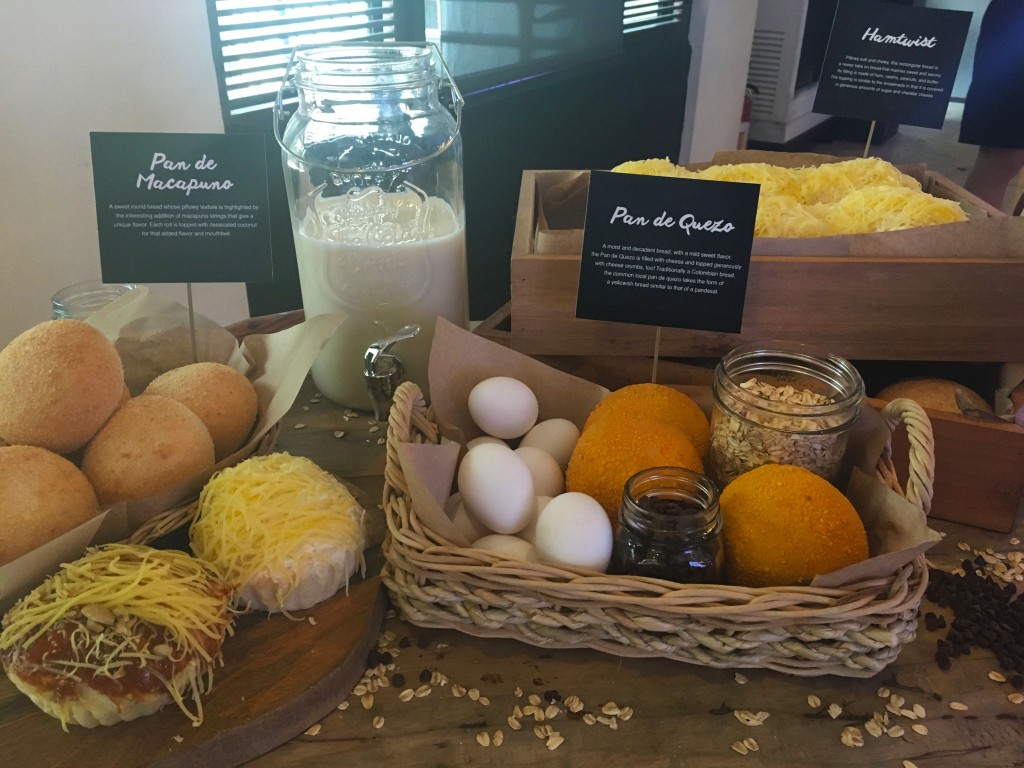 A bearer of Filipino pride and identity

This initiative is the latest pillar of the Pilmico’s brainchild, Mahalin Pagkaing Atin movement, an advocacy aimed at amplifying the role of every Filipino as a producer and guardian of our food heritage. This year’s Tinapay Natin bread competition aims to highlight how bread represents local pride and produce, supporting our rich food history, and empowers community bakeries to become storytellers for the land and the people.

“Bread is a reflection of our identity and our people’s history and affinity to food and agriculture.” says CarlynTrota-Salud, Max’s Bakeshop Inc. President. With a wide variety of breads enjoyed by Filipinos around the nation, each region definitely has a native bread—a #TinapayNatin—that tells a unique story about its origin and its journey.”

More than just being a competition, the #TinapayNatin Bread Competition also pays tribute to our regions’ distinguishing local identity, culture, and produce by sharing the inspiring stories that each local bread variant carries.

“We thought of an initiative anchored on encouraging Filipino bakers to pursue and share their passion for bread and baking, and that’s how #TinapayNatin became a reality,” shares Maribeth Marasigan, Pilmico Chief Resource Officer.

The contest invites young members of society to not only create the nation’s next most celebrated bread, but to also promote the use of local ingredients and pride in local food. It is open to students aged 16 to 25-years old from anywhere in the Philippines. “This isn’t just about making another delicious baked creation. Since each bread carries a distinct story of their own, each group will also be tasked with weaving a tale that expresses how their creation is a representation of their region and their culture.” continues Marasigan.

The competition legs will be held in Manila, Bulacan, Batangas, and Iloilo, respectively. The partner universities, namely Treston International College, STI College-Bulacan, Lyceum of the Philippines – Batangas, and St. Therese College – Iloilo City, will then act as venue sponsors, while also encouraging their own students to join the contest.

The team with a bread concept that clearly carries a unique story, innovation, creativity, and deliciousness will be then crowned as makers of the country’s first #TinapayNatin, with either the regional tourism director or culinary heritage expert—or both—providing the preamble as to how the bread perfectly summarizes the inspiring story of its place of origin. 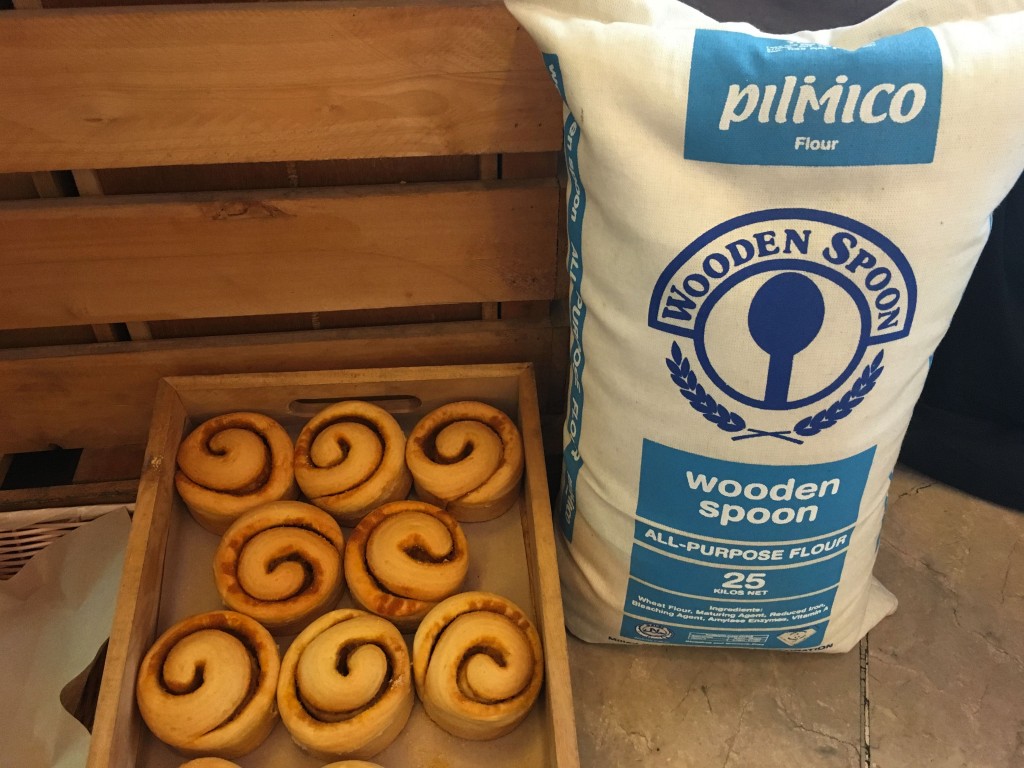 Max’s Corner Bakery will be officially distributing the winning bread creation— sharing its captivating bread story—through its outlets nationwide so that the rest of the nation may take part in the first #TinapayNatin ever.

As the competition also aims to encourage the youth to take pride and begin championing local produce, a predetermined amount from every piece of the winning bread sold by MCB will also go to the team’s chosen public school beneficiary.

“Thanks to Filipino ingenuity and an unyielding passion for bread, it is not difficult to see our bread culture carry on through the generations with more #TinapayNatin creations joining the esteemed roster of breads that tell our distinct Philippine story,” ends Marasigan.

Learn more about how Pilmico Foods and Max’s Corner Bakery are creating the greatest impact on society and business through our very own #TinapayNatin by visiting https://facebook.com/TinapayNatin

If you want to join the competition, register here.

For the competition guidelines and mechanics, read here.

Pilmico Ramps Up Livelihood for Women’s Group in Taguig