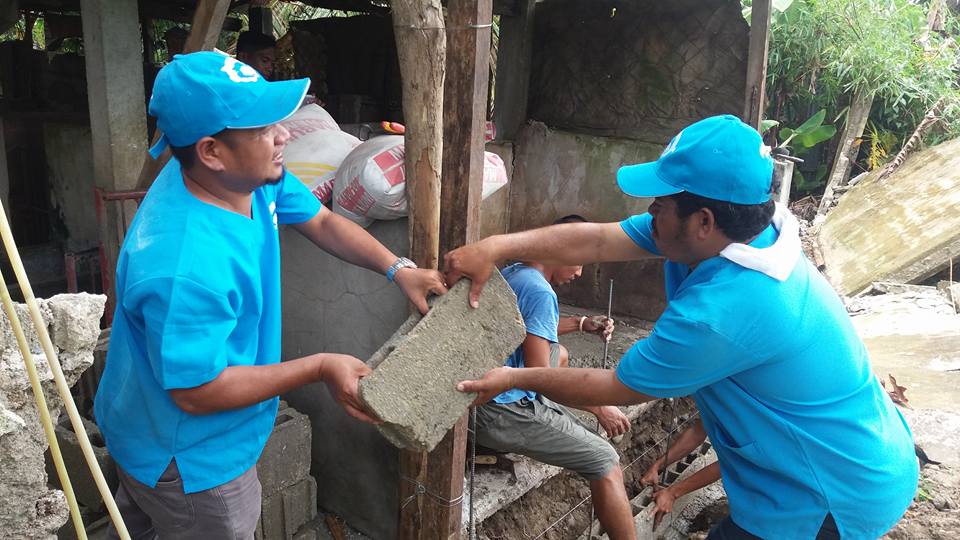 On 10 February 2017, a magnitude 6.7 earthquake shook Surigao del Norte leaving thousands of families with damaged homes, many of which are backyard raisers.

The livelihoods of Surigaonons from the municipalities of San Francisco, Malimono, and the City of Surigao were seriously affected by the quake due to damaged pig pens and loss of electricity. In addition, residents from these areas were also forced to evacuate their homes due to potential landslides and aftershocks.

Pilmico, led by its Caraga Feed Sales team, mobilized groups to provide essential relief goods and technical & veterinary assistance to backyard farmers in order to get their livelihoods back on track.

Days after the earthquake, the four teams were deployed to various earthquake-affected areas together with a local government representative. The teams distributed food packs and distilled water as well as construction materials and medicines. A veterinary mission soon followed, which included counselling and repairs of damaged pig pens.

On 19 February, Governor Sol Matugas of Surigao del Norte personally thanked Pilmico and its Caraga Feed Sales Team for its quick response and by being the only organization who put primary focus on rebuilding the livelihoods of Surigaonons.

MECHANICS 1. Comment your silliest selfies of buddy to win. 2. Use the hashtags #GoofyWoofySelfieChallenge